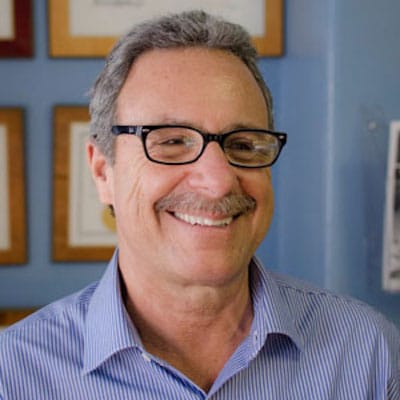 Dr. Daniel S. Hersh was born in Brooklyn, New York. He attended public schools, graduating from Andrew Jackson High School in Queens, NY, and was honored as one of a handful of ‘Top Scholars’; out of a class of 1300 students, he graduated number 16. He won major letters in track and tennis.

Dr. Hersh studied at the University of Buffalo, abroad at Tel-Aviv University in Israel on a scholarship, and received his BA, with honors, from Queen’s College of the City University of New York.

After undergraduate studies, Dr. Hersh traveled to Grenoble, France, where he studied the French language and traveled widely in Europe and the Middle East. After returning to the United States the following year, he enrolled in Temple University School of Dental Medicine in 1974. During this time, Dr. Hersh was exposed to Chiropractic, its philosophy, art, and science; he became enthralled with its affinity for all things natural and the amazing results he observed. He decided to change career paths and enrolled in The Columbia Institute of Chiropractic in New York City and began his studies of Chiropractic, leading to his doctorate in 1978 from the State University of New York, which had incorporated the Columbia Institute of Chiropractic.

Dr. Hersh practiced for several years in Manhattan, becoming the Chiropractic physician for the Alvin Ailey Dance Company’s ‘Dancers in Training’. After moving and opening a private practice in Northwest Connecticut in the Foothills of the Berkshire Mountains, he discovered that his infant daughter suffered from severe idiopathic scoliosis. At the time of her diagnosis, the family was told that “the only answer was surgery”. He then made a solemn promise to learn whatever he could about non-surgical scoliosis treatment and has practiced this philosophy, art, and science to this very day.

Dr. Hersh has studied and treated scoliosis for more than 39 years. He has explored and incorporated multiple forms of non-surgical scoliosis treatment, primarily using the CLEAR Method, developed by Dr. Dennis Woggon in St. Cloud, MN.

Dr. Hersh is Intensive Care Certified by the CLEAR Scoliosis Institute and has been a senior CLEAR provider for many years. Dr. Hersh has established The Scoliosis Correction Centers in Winsted, Connecticut. He also lectures widely on the success of conservative treatment for scoliosis. He was invited to lecture at the European Chiropractic Union’s convention in Amsterdam, Netherlands in 2012 and in Athens in 2014, as well as lecturing to medical and hospital groups alike in the USA, Greece, Israel, and the United Arab Emirates.

Copyright © 2019 CLEAR Scoliosis Institute
Privacy Policy | Legal
Disclaimer
This website is for informational and general purposes only. Information provided is not a substitute for professional medical advice, diagnosis, or treatment. Never ignore professional medical advice because of something you have read on this site.
CLEAR Scoliosis Centers are privately owned and operated chiropractic clinics. Doctors at CLEAR Scoliosis Centers are personally responsible for all clinical decision making. CLEAR Scoliosis Institute, a nonprofit organization, does not have any authority over the clinic, make any clinical recommendations, or dictate patient care.