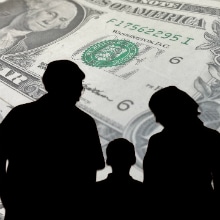 When you look at the cost of the CLEAR program, it can seem like a lot of money. However, it’s not just about cost—it’s also about value. In order to understand the value of CLEAR treatment, you have to compare it to the other treatment options available and consider what you’re getting for your money.

The Basics of CLEAR Pricing

If you call some of the CLEAR clinics, you’ll find out that the exact prices will vary. Each clinic sets their own prices. If you’re traveling from out of town for the intensive treatment (two visits each day, each visit lasting about 3 hours), most clinics charge around $3,000 for one week of care. This does not include the cost of travel, lodging and food.

Patients who live near a CLEAR clinic and receive care on a regular basis (Standard Treatment) will typically pay less, although the total cost will vary from person to person depending upon the severity of the curvature and what treatment is required.

With a mild case of scoliosis, the treatment fees for the CLEAR method are generally less than with a severe case of scoliosis. The traditional orthopedic option for mild scoliosis is doing nothing; observation only.

However, even observation has its costs, like doctor visits, x-rays and exams. According to research, the average cost of simply monitoring a mild curve for one year is $3,386.25. But the only benefit to observation is that you know what’s happening. There are no recorded cases of scoliosis being cured by observation.

Comparing one year of doing nothing to one week of intensive treatment, the cost of one week of intensive treatment is less. The potential benefits are walking away with a reduced Cobb Angle (sometimes even less than 10 degrees, thus technically no longer considered a scoliosis) and knowing what exercises and therapies to do at home to maintain and improve upon the correction. If the patient does their exercises faithfully and the scoliosis kept below 25 degrees until skeletal maturity, research has shown that the chance that the scoliosis will worsen in adulthood is drastically reduced.

The real benefit of CLEAR treatment, then, is that a person with a mild scoliosis may never need to worry about wearing a brace or undergoing surgery, avoiding any pain or limitations because of their scoliosis later in life. Why choose to merely observe and do nothing about scoliosis when there’s a way to reduce the chances of the scoliosis getting worse—and pay less?

With a moderate case of scoliosis, scoliosis brace treatment is introduced as a treatment option. It must be recognized that the goal of traditional scoliosis bracing is merely to stabilize a curve that is progressing, but traditional bracing does not offer any long-term benefit or hope of correction.

The cost of a traditional scoliosis brace varies widely depending upon the design but generally ranges from $5,000 to $10,000. This does not include the cost of the doctor fitting the brace, x-rays taken in the brace or other associated fees—which, according to research, average around $10,836 annually. So a patient being orthopedically braced faces an initial investment of $5,000 or more, plus $10,000 each year they wear the scoliosis brace.

It’s important also to consider the ramifications of wearing a scoliosis brace—the time involved and the emotional impact. Traditional back bracing is typically recommended for 23 hours out of the day, and compliance, understandably, has been shown to be very poor. The psychological trauma of wearing a traditional scoliosis brace during the formative middle school or high school years can also be very real, leaving invisible scars that last for a lifetime.

CLEAR Scoliosis treatment does not involve the use of a traditional brace; however, a well designed customized corrective brace could compliment CLEAR treatment helping to slow or stop the progression of curves.

The CLEAR method recommends that someone with a moderate case of scoliosis purchase a Scoliosis Traction Chair to use at home. This costs about $4,000. Generally they will use this chair twice a day for 30 minutes each time; one hour a day instead of 23 hours in a brace. And there’s no risk of emotional trauma. The chair is only used for a short time, not in a public setting but in the privacy of your own home, and you can watch television or play video games to help the time pass faster.

If the scoliosis is corrected to the point where the Scoliosis Traction Chair is no longer needed, it can be sold back to the company and a portion of the initial cost is returned to you. This isn’t possible with a scoliosis brace, where each back brace is custom designed and fitted for one individual patient. Compliance with the chair tends to be much greater than it is with an orthopedic brace because the time required is much less and there is no shame or social isolation associated with using it.

A moderate case of scoliosis that travels to a CLEAR clinic from out of town may require two weeks of intensive treatment. This treatment regimen might be repeated again later on. The cost of two weeks of treatment averages around $5,000. (The initial examination is more expensive than later visits, so the cost is front-loaded.) Someone with a moderate case of scoliosis might be spending $10,000 a year on CLEAR treatment—generally what they would be paying to undergo scoliosis brace treatment. They’ll be spending a little bit less on the Scoliosis Traction Chair than they would for a back brace.

The value of CLEAR treatment in this case is as obvious as it is with a mild case of scoliosis. Instead of hoping for the curve to stay the same, you’re hoping for the curve to get better. The financial costs are similar, but the emotional costs are much less. Instead of being motivated by the fear that if you don’t wear your back brace, your curve will get worse, you’re motivated by the hope that if you use the chair every day, your curve will be much better. If you do, and it does, you are rewarded by being able to reclaim some of the money you spent on the Scoliosis Traction Chair.

With a severe case of scoliosis, surgery enters the picture. The cost of scoliosis surgery varies from region to region but can be as high as $152,637. This does not include the cost of recovery time in the hospital, time lost from school or work—or the cost of revision surgery or treating any unforeseen complications.

It should be expected that, when a healthcare procedure costs as much as a modest home, it has been thoroughly researched and proven to be effective. Unfortunately, there is no definitive long-term research that proves living with a fused, straight spine is superior to living with a flexible, curved spine.

Each generation of new spinal implants evolved because of problems with the previous systems. Whether it’s Harrington, Colorado, Cotrel-Dubousset, TSRH, or Universal Spine System, and regardless of the type of instrumentation used, the underlying premise behind every spinal fusion surgery for scoliosis is identical in premise: immobilization and solid bony fusion of the spine, resulting in a permanent loss of spinal flexibility and range of motion. There are never any guarantees that additional surgeries will not be needed or that pain levels will be reduced or that cosmetic appearance will be improved by scoliosis surgery.

One of the primary goals of CLEAR treatment is to ensure that the patient achieves the best possible quality of life and functions at the highest possible level. With scoliosis surgery, this is considered of secondary importance. The main goal is to make the spine look straighter on an x-ray. There is only a poor correlation between a surgically-straightened spine and reductions in pain, improvements in lung function, increases in quality of life or better physical function.

When an individual with severe scoliosis presents for CLEAR treatment, it’s highly likely that the patient will be making a long-term commitment to care. Again, fees vary, but let’s imagine a hypothetical situation where a patient spends about $200 per visit and comes in 50 times in one year. That patient would have spent around $10,000. If each visit is three hours, the hourly fee is just over $60 per hour—roughly the same fee that many massage therapists charge for an hour-long massage.

This is a perfect example of how looking at the cost alone may mislead, but comparing the costs of one treatment to another—and what you should expect to receive for your money—leads to a better understanding of the real value of each therapy. Paying $10,000 may seem like a high cost, but its value compared to surgical intervention is significant. One study found that 16.7 years after spinal fusion, 40% of patients were legally defined as permanently handicapped. Ironically, scoliosis surgery is often presented as a patient’s only option to avoid permanent disability.

Imagine you had a check for $150,000 that you had to spend only on healthcare. Would you choose to undergo an operation that may leave you worse off fifteen years from now? Or would you spend your money on fifteen years of you and a CLEAR doctor working together to correct your scoliosis naturally?

Before anyone can fully accept this comparison, it’s reasonable at this point to ask, “Where is the long-term research on CLEAR’s methods?” The truth is there is a shortage of interest in (and funding for) researching alternative approaches. In a recent review conducted by Dr. Martha Hawes PhD in her book Scoliosis and the Human Spine, less than 5% of the 988 scientific articles published on scoliosis in 2007-2008 were found to focus on non-bracing, non-surgical treatments.

Long-term, high-quality research projects—the kind that are needed to honestly evaluate the comparative effectiveness of CLEAR treatment—are expensive to conduct, and we must rely upon public grants and donations for our funding. While many people living with scoliosis and the members of CLEAR as well as organizations like the Society on Scoliosis Orthopaedic and Rehabilitation Treatment (SOSORT) recognize the need for this research, there are depressingly few initiatives for actually getting it done.

We remain committed and do our best to collect data and present and publish as many quality articles as we can with the resources we have. But in the absence of the infrastructure and funding to implement a well-designed, independent study comparing the long-term outcomes of CLEAR treatment to scoliosis surgery, it is the responsibility of the patient to be their own advocate and do their own research.

CLEAR treatment is not a “miracle cure” for scoliosis, but through hard work and dedication, scoliosis can be successfully treated without a brace. Surgery can be avoided. Since 2000, CLEAR has offered a comprehensive, whole-body approach to scoliosis rehabilitation, with the success of the protocol being duplicated in dozens clinics around the word. To those children who’ve avoided surgery and their parents, the value of CLEAR treatment is truly priceless!

Looking at scoliosis treatment options, the value varies significantly when you consider the impacts on everyday living as well as the outcomes you can expect in the long-term. How have you weighed the cost of treatment for scoliosis? What other questions do you have about the cost-effectiveness of the CLEAR approach versus surgery or traditional bracing? I look forward to hearing from you in the comments.