What is a Forward Bending Test?

Also known as the ‘Adams Test’, a forward bending test is a standard test used by health professionals to evaluate a patient’s scoliosis. It’s a simple test that involves having a patient stand and bend over at a 90-degree angle.

Advantages of a Forward Bending Test

A forward bending test is a simple, noninvasive test used to evaluate a patient’s spine. The test is a go-to for medical professionals conducting an exam on a patient who’s concerned they might have scoliosis.

As adolescent idiopathic scoliosis is the most common form of the condition, it’s often parents and caregivers who have the concern that their child might have an abnormally curved spine.

A forward bending test requires no equipment, meaning it’s a noninvasive and accessible method for parents and caregivers to gauge if there are any potential issues with a child’s spine. This can also reduce the need for taking extra X-rays and reducing radiation exposure.

The main advantage to any form of scoliosis testing is that it can lead to early diagnosis and treatment. While an early diagnosis is helpful in a number of medical conditions and diseases, when it comes to progressive conditions like scoliosis, early detection can have significant benefits in terms of implementing an effective treatment plan.

Scoliosis is a complex condition that can take many forms.

The fact that mild scoliosis carries very few, if any, noticeable symptoms in adolescents poses a big challenge in terms of diagnosing the condition early.

The Hunchback Stigma and Popular Culture

In addition to the natural reaction of adolescents to hide their condition due to embarrassment, we also have to acknowledge that there’s still a strong stigma attached to deformities of the spine.

Most people have seen or heard of The Hunchback of Notre Dame. Books and movies of this nature are powerful forces in popular culture and impact how society as a whole sees and feels about ‘hunchbacks’. While the term is no longer seen as politically correct, its damage is still felt.

Adolescents are especially vulnerable to the dictates of popular culture and this is important to keep in mind. Between popular movies and books, commercials and social media, there is a real push for people to look and feel their best; this can be a real issue for adolescents in terms of feeling pressure to have that perfect look or perfect body.

Scoliosis carries a heavy psychological effect; because of this, we feel that ‘hump’ should not be used in discussing the condition. We feel that ‘arch’ is a better word without the negative connotations.

Common Concealment Methods to Watch For

If you’re the parent or caregiver of an adolescent, don’t lose hope. Not all adolescents will automatically hide their condition should they discover it on their own, but being aware of the tendency and signs to watch for can help those who might:

Parents experience a lot of guilt for not noticing their loved one’s scoliosis sooner; this is rarely the parent’s fault. In cases of neuromuscular scoliosis, I’ve seen curvatures progress as much as 17 degrees in a single month, making it look like the condition appeared overnight.

The best thing a parent or caregiver can do is inform themselves and make every effort to have an open dialogue with their adolescents.

The Process of a Forward Bending Test

For a health professional or parent to perform a forward bending test, the patient or individual would be asked to first stand straight. Then they would be asked to bend forward at a 90-degree angle as if they are touching their toes. The parent or doctor performing the test would stand behind them.

In this position, the back will be visually assessed for the presence of a rib arch. When examining a scoliosis patient bending forward, you’re going to see a rib arch more pronounced on one side. Rib arches are primarily more prominent on the right side of the body, as that’s where 80 percent of kids develop scoliosis.

Combining a forward bending test with the use of a scoliometer has become an accepted method for indicating the presence of scoliosis. We recommend that with a scoliometer reading of 4 degrees, an assessment by a CLEAR Scoliosis Institute doctor should be performed.

While standard medical treatment would suggest watching and waiting at 4 degrees, here at CLEAR, we disagree. The sooner scoliosis is diagnosed, the sooner it can be corrected, especially at 11 to 20 degrees.

Spinal biomechanics refers to the mechanics of the spine and how its components work individually and collectively to maintain stability. It also includes how traumas and disorders exert their destabilizing effects on the spine.

It is the principle of spinal biomechanics that makes a curvature and related asymmetries more visible when bending forward. As a patient bends forward and goes into flexion, adverse mechanical tension is placed directly on the spinal cord all the way from the neck into the lower back.

What happens is the spinouses (bumps on the back of the spine), instead of rotating normally to the right side, are going to rotate to the left side. When the spinal cord is under stress, in flexion, or bending forward, that becomes very apparent to the point that you can see the presence of a rib arch and other asymmetries.

When the spine loses the healthy curves that provide it with strength and flexibility, the body will respond by adding new curves, but those cures aren’t healthy ones, and this is how the body attempts to restabilize itself.

As the nature of progressive conditions, such as scoliosis, is to worsen, the goal is to diagnose the condition as early as possible so treatment can be started before significant progression has occurred and the body has adjusted to the curvature.

The sooner scoliosis can be treated, the better the potential results will be.

People’s experience of living with scoliosis varies across a wide spectrum. Postural changes, the presence of pain, and other scoliosis-related symptoms depend on a number of factors including age, the condition’s cause, and the size and location of the curvature.

While a forward bending test, combined with a scoliometer, can’t replace the assessment and precise curvature measurements of an X-ray, it can indicate that there is a likelihood of the condition and that further testing should be done.

In dealing with adolescent idiopathic scoliosis, diagnosing the condition can be difficult for a number of reasons: the absence of pain, subtle postural changes that are hard to spot, and the tendency for some adolescents to hide the changes happening to their bodies.

The more severe the condition is, the more likely it is to produce noticeable postural changes and symptoms. In instances where an adolescent is likely to hide postural changes out of embarrassment, a forward bending test, combined with a scoliometer, is an accessible, noninvasive, and effective means of finding out if there is, indeed, cause for concern.

For parents and caregivers concerned scoliosis is a possibility, I would suggest a forward bending test combined with a scoliometer. A cell phone app can help and can be found by searching ‘scoliometer’ on a mobile device. Having a loved one stand straight and bend forward at a 90-degree angle makes the characteristic rib arch and other asymmetries more noticeable; this can be highly advantageous when it comes to confirming a diagnosis and initiating treatment.

Here at the CLEAR Scoliosis Institute, we encourage a proactive approach that benefits from early detection. A forward bending test is an effective and simple test that doesn’t require equipment and can be done safely at home. If you’ve conducted the test and noticed a rib arch or a general asymmetry to the body, a visit to the CLEAR Scoliosis Institute can provide you with an official diagnosis and a positive treatment plan. 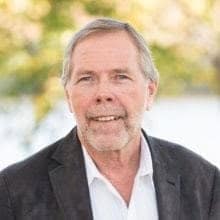