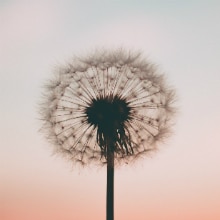 This bio only explains the tip of the iceberg of what has happened in my life. Some have gone through less others have gone through worse. Just as long as I can help someone else, I'm happy to share my story. - Lorri S.

Where do I begin? For as long as I can remember, I've lived with scoliosis. Little did I realize when I was first diagnosed how much this musculoskeletal disorder would affect my life from childhood to adulthood.

I remember the orthopedic doctor showing my parents the X-ray and I saw how my back was shaped. It looked really bad. As a result, I remember wearing a right shoe with a thicker sole and getting teased about it. However, as I entered into puberty my spine didn't seem to improve much.

One day, I looked in the mirror and saw one of my hips much higher than the other. When I was 12 years old, my father and I were involved in a really bad accident. Basically, the impact of that added to my pre-existing condition. It was then that buying clothes that could fit me properly became a problem. Mostly, all of my clothes were too tight on one side. People usually never held back to tell me that I had an odd shape. Very few people seemed to care why I walked the way I did or why one shoulder and one hip was higher than the other—they were quick to criticize and slow to help me.

My self-esteem plummeted behind that, but worse yet, my menstrual cycles became more and more painful. When I wasn't menstruating my back would hurt whenever I stood or stayed seated too long. As much as I liked rollerskating, bowling, and hiking, my back always reminded me in the form of pain somehow.

At the time, I felt like I was stuck in my crooked body for life and all hope was lost.

I thought, if only my back were straight, I wouldn't have to deal with my physical problems anymore. And then it happened, somewhere in my mid-teens the doctor suggested to my parents about me getting spinal fusion surgery. At last, I thought, I'll have a straight back and I won't have to be self-conscious about my shape anymore! But unfortunately, my parents decided to not have me get the surgery because they felt like it was too invasive and I could end up paralyzed if something went wrong. I would also lose much of my flexibility.

It was a tough decision for any parent to make. Understandably, I was crushed. At the time, I felt like I was stuck in my crooked body for life and all hope was lost. I continued to muddle through life with a crooked back wondering what to do next. I went from one chiropractor to another and all of them said the same thing, which really made me sick to hear after a while, "Your back will NEVER be straight."

After graduating from high school, another issue developed. My breasts started growing bigger. I became so top-heavy that I really couldn't bear standing for long and it seemed that the bras I was wearing could never give me proper support. I got hired at McDonald’s and only stayed for a week because I couldn’t handle the exertion of standing or cleaning up with a heavy mop or wiping down the food equipment. I felt so trapped and frustrated, every time I put forth the effort to make progress, my back would remind me that I would never go but so far.

The next 30 years of my life were equally nerve racking. I got married in 1998. Exactly one month after I tied the knot, my father passed away. I had to adjust to the loss and being newly married and working at a stressful call center job all at the same time. It was tough, to say the least, but I tried as best I could to persevere. My mate saw the obvious. Yes, I could function with the scoliosis, but he wasn’t the type to massage my back or make my load as a wife easier. I needed to lie down a lot to just get relief from my back pain and I was accused of being lazy and a spoiled brat.

We separated in 2001. During the separation, I experimented with raindrop therapy in 2002 (a type of massage therapy that involves several essential oils being rubbed into the skin) to kill a "virus" that supposedly caused muscle weakness. Muscular weakness was thought by some to be the underlying cause for the curvature of the spine developing. After trying this for a year, there was a slight improvement with my spine but it wasn't significant enough to keep using this as a method of treatment.

As usual, I went to one chiropractor after another. I was spending money to better my health like crazy. I went all the way to Miami, Florida and then all the way to Chester, New Jersey to seek solutions. Nothing seemed to prove practical in the end. I was able to land a job at DTV as a customer service representative and held onto it from 2003-2004. However, due to chronic fatigue, I had to let it go, and due to financial reasons, I had to voluntarily surrender my brand new car.

After facing the facts that my marriage was never going to bring positivity, I realized I had to move on with my life alone to survive. As a result, my marriage ended in 2010 and I didn’t receive a dime in spousal support. With so many things going on with me at the same time, staying employed was difficult. I even tried applying for disability but kept getting denied because the reviewers of my case kept pointing out that I could get a job sitting down. By 2011, I met a chiropractor that volunteered his services on Thursdays for a free clinic in my area.

After consistently going to him, my back and posture started to show signs of improvement. Enough so that the muscles on the right side of my back flattened down and weren't so pronounced. It was a great victory for me for sure! However, the strain of helping my mother fight through her cancer bouts since she was diagnosed with ovarian cancer in 2008 had taken its toll on me physically. I definitely was feeling the effects of exhaustion and it was then that I picked up the habit of teeth grinding. After six years of chaos she lost her fight to ovarian cancer and passed away in the summer of 2014. My fibroids’ activity flared, and I started losing a great deal of blood shortly after her death. So much so, that my blood count dropped to 7.4.

I'm constantly researching new developments regards to scoliosis and see the chiropractor as frequently as I can. It's been a rough road I've had to travel.

The pain from grief and from tremendous physical stress from the past until that point in my life, frankly, made me feel like I just wanted to die. The verbal bullying, the misunderstandings and ignorance of my classmates, the jobs and numerous missed opportunities, my accidents and my injuries, and limp divorce came all crashing down on my head.

A year later, I moved up north and started taking care of myself better. I had gained a significant amount of weight but by the summer of 2016, I decide to better my situation anyway I could. I went back down south and got a breast reduction. That removed at least 1300 grams or roughly 3 pounds of weight from my body. It was an instant relief, and I could now fit in my tops much better. Next, I started walking more, and began to go and get fat dissolving treatments to help me get back into shape faster. I started drinking a lot of water to flush out trapped toxins and cut back on my sugar intake to reduce inflammation to my bones and joints due to its acidic properties.

I'm constantly researching new developments regards to scoliosis and see the chiropractor as frequently as I can. It's been a rough road I've had to travel. It's been almost close to a nightmare.

Basically, I’ve always wanted my back to be straight, to gain more independence financially and physically. Ever since high school, I've had to pass up one job after another due to the limitations of not sitting or standing for a long time. The usual reaction from people who didn't understand what I was going through was irritation, because I had to turn down a lot of social invitations. If I didn't have scoliosis, my life would be very different. I don't have a problem going out and doing things, but if I ever got hurt, no one was going to deal with the consequences except me. When people don't understand what you're going through, they're quick to judge, call you lazy, spoiled, selfish.

It's a very difficult thing to deal with, and honestly, now I understand why some people become a recluse. It's just too much pressure or trouble trying to fit in with a group of people who don't share your pain. I could go on further, but it's a little too personal to share with the public. As far as my parents' dealing with my issues with scoliosis, they tried to what they could. Spinal fusion surgery comes with several risks. I could’ve ended up worse for my trouble, like having broken rods, reformation of the curvature, or suffering with even more pain then I had before.

No one knows what the future could’ve been based on events that happened in the 80s, and I am the type that likes to focus on the NOW—which is why I’m still fighting in spite of it all. I do believe that one day I will be healed from this grievous condition as written in the book of Isaiah 33:24 . . . no resident will say "I am sick."

Are you living with scoliosis? Learn more about your treatment options. You can also read success stories from patients that have worked with CLEAR doctors.