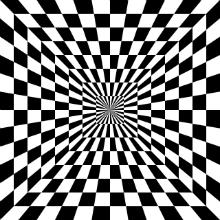 As we’ve discussed before, there’s a lot of confusion and unrealistic promises that surround many scoliosis correction methods. Bracing and surgery are the two most common methods to treat scoliosis. But they’re not the only options available to you.

Once you have all of the information on the treatment methods available, you’ll be able to make the right decision for you and take control of your spinal health. Let’s dive into some of the misconceptions that often surround scoliosis correction.

Myth #1: Bracing and Surgery Are the Only Treatment Options

Doctors who only recommend bracing and surgery for scoliosis often claim that there isn’t sufficient research on other methods (such as chiropractic) to prove that they’ll work. But before Dr. Paul Harrington introduced the concept of surgically implanting rods into the spines of scoliosis patients in the 1960’s, there wasn’t research proving surgery was effective either. More scientific articles are being published on new, alternative methods of treating scoliosis every month. And more people are recognizing the benefit of natural healthcare approaches that work with the body’s brain and muscles, rather than forcing the spine into position without trying to address why it curved in the first place.

Given what we do, it’s pretty clear you have other options. Physical therapy, yoga and scoliosis-specific chiropractic adjustments are just a few of the alternative options available to you. All of these methods have seen success in restoring natural spinal curves and making overall improvements to a person’s quality of life. Scoliosis braces and surgery are not for everyone, and luckily they are definitely not the only choices you have for scoliosis correction.

Today, sixty years after Dr. Harrington’s work and almost 400 years after the first scoliosis brace was developed by Ambroise Pare, dedicated physiotherapists and chiropractors around the world are working to add to the list of treatment choices available to people just like you or your loved one. We believe that if for any reason bracing and surgery aren’t the right solutions for you, you deserve other options besides “just living with it.”

There is no magic cure for scoliosis. That being said, there are treatment methods that can work to reduce the curve in the spine, relieve pain and improve your body’s ability to function. Surgery is often advertised as the only “cure” for scoliosis, and it’s true that in some cases it can reduce and stabilize the curve. However, it can’t be considered a cure since it doesn’t restore everything to normal. It does nothing to remove the underlying cause of scoliosis, and it introduces new problems into the spine. Dr. Caroline Goldberg, a scoliosis expert in Dublin, Ireland, says, “Surgery does not cure the disease of scoliosis, but rather replaces one deformity (a flexible, curved spine) with another (a straighter, fused spine).”

Fusing a spine together also means removing spinal discs, which exist to cushion your spine from any impact. The jolts of everyday life will have a greater impact on a spine without these built-in, shock-absorbing discs. Many people who have spinal fusion surgery do fairly well… until they get into a car crash or similar accident. Those traumatic forces are transferred through the rods, rather than being absorbed by the missing discs, and can cause severe damage.

It’s also important to recognize that it is possible for scoliosis to continue to get worse even after spinal fusion and instrumentation. In one study, all but eight degrees of correction were lost after 20 years. While this study was conducted on procedures performed 20 years ago, we won’t know for another 20 years how much correction is maintained by the current methods. Surgery may be a treatment option for scoliosis, but it certainly is not a cure, nor is it a permanent fix.

Some people will tell you that you’ll be able to do all the things you did before surgery, aside from high-impact, contact sports. In fact, the effect of a spinal fusion on mobility is one of the most common misunderstandings people have about their lives after scoliosis surgery.

When you mess with one part of the spine (by fusing it together), other parts of the spine are also affected. The muscles and bones in our body are incredibly connected. This means that when a body part is fundamentally altered, all other body parts are affected as well. So, for example, when the upper spine is fused and loses flexibility, the lower spine can end up carrying some extra pressure since it’s being asked to compensate for that lost flexibility. That extra pressure can then lead to accelerated degeneration in the lower spine. By seemingly correcting one problem, you’ve unknowingly created another.

Some people are able to still enjoy the activities they love, but not everyone returns to the same level of function they had before the surgery. One study found that a spinal fusion reduces average overall mobility by 25 percent, and another found that this loss of normal spinal motion still exists after more than 20 years. However, when scoliosis patients without the surgical spinal fusion are compared to scoliosis patients who’ve undergone the surgery, it’s clear that the surgery causes a decrease in overall mobility.

We’ve talked about how scoliosis surgery often fails because it doesn’t correct the underlying problem. Back braces have the same issue. While the brace is on, it pushes the spine into a straighter position. But once the brace comes off, the body can revert back to its previous curve and resume getting worse. Over the long-term, most studies find that there isn’t much difference between the quality of life in patients who wore a brace compared to those who didn’t.

The best evidence suggests that, to be most effective, the brace must be worn for a minimum of about 13 hours a day for at least two years and sometimes longer. This is a long time for the muscles to become weak! The same study shows that kids who wore a brace for only a few hours each day were actually more likely to have surgery than those who did nothing at all.

Aside from some backslide in your Cobb angle after the brace comes off, there is another fundamental issue with how scoliosis braces often work. Braces prevent movement. And, it turns out, movement is great for regenerating spinal discs, which are great for preventing your spinal curve from increasing with age. Studies have shown that when you don’t move as much as you should, your body has trouble sending necessary water and nutrients to your spine and spinal discs.

Eventually, the brace could even cause the spinal muscles to atrophy, meaning your muscles will break down from lack of use. When you break a leg and wear a cast that immobilizes the leg muscles, the muscle fibers lose almost 50% of their strength after just three weeks. Many parents of kids with scoliosis report that their child’s muscles weakened while wearing a brace, or that they developed back pain after taking off their brace. This is perhaps because their spinal muscles had become dependent upon it. So the brace you’ve been wearing to fix your scoliosis could actually be making it worse and setting you back in the long run.

Even though neither treatment method is new, scoliosis bracing and surgery still carry a lot of mystery to patients. The misinformation makes the disappointment that much greater when the results promised aren’t delivered. We hope this post helps dispel a bit of that mysteriousness surrounding scoliosis correction and allows you to make an informed decision about what’s right for you.

Have you tried a traditional treatment for scoliosis correction? What do you wish you’d known before you underwent treatment? Or do you have any questions about treatment options? We’d love to hear from you in the comments.