What is a Scoliosis Curvature?

Scoliosis is a spinal deformity that’s more common than many people think. A scoliosis curvature of the spine must include rotation and have a Cobb angle measurement of more than 10 degrees. The rotation component is key as just a bend to the spine could be a postural problem, rather than a true scoliosis.

If scoliosis is suspected, an X-ray will be ordered and what’s called a Cobb angle measurement will be taken. The Cobb angle me asurement is the most widely used scoliosis assessment method; it involves using the most tilted vertebrae of the curve to measure the degree to which the spine deviates from a normal straight alignment.

In the majority of cases, where there’s a scoliosis curvature of the spine present, the rotation is going to be into the concavity of the scoliosis, not into the convexity. 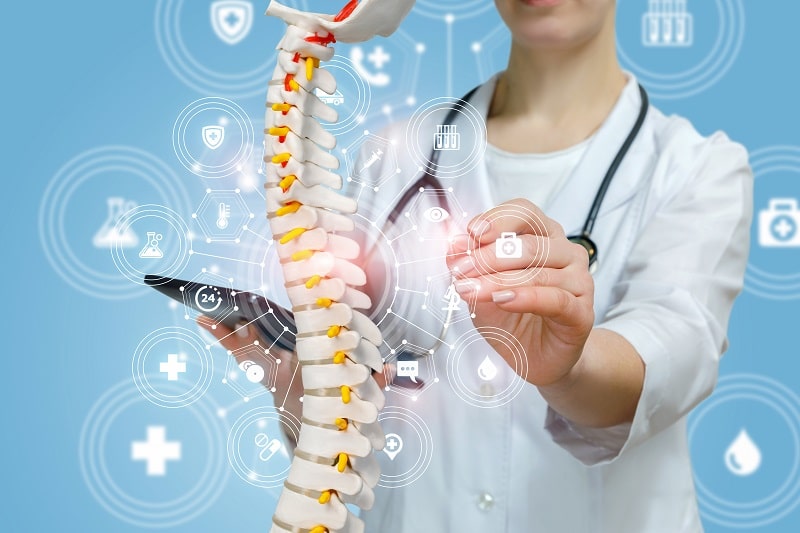 If there’s rotation into the convexity of the scoliosis, there is another factor at play. Most likely, it’s a pathological problem such as a tumor, cyst, or something malignant that should be investigated immediately.

In all the thousands of cases that I’ve treated, I’ve yet to see rotation go into the convexity of the scoliosis.

Location of the Curvature

When it comes to classifying a patient’s condition, this is done by age, the condition’s cause, degree of curvature, and location of the curve. A scoliosis curve is defined by its location along the spine.

The 3-Dimensional Nature of a Scoliosis Curvature

With a scoliosis curvature, a lot of times, the degree is only measuring the A-to-P misalignment or curvature from the front. This is inadequate as scoliosis is a 3-dimensional deformity. What that means is that once the spine bends and rotates, there’s also going to be a sagittal misalignment (from the side).

Most often, side curves would either be exaggerated or decreased. When looking at a 15 or 20-degree scoliosis curvature, that measurement degree only reflects one component of the 3-D issue. 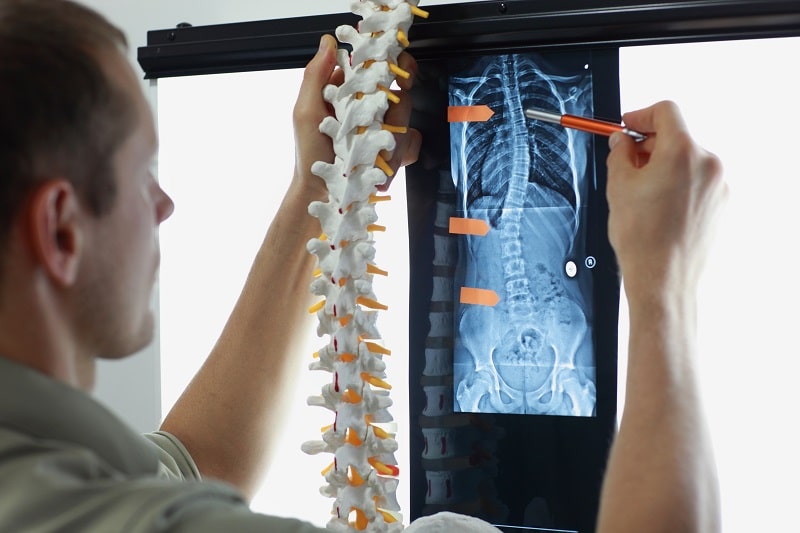 The thing to remember is a scoliosis curvature is always going to include a bend, twist, and translation on the sagittal alignment, which is going to cause the increase or decrease of the healthy curves from the side.

Treating Scoliosis as a 3-Dimensional Condition

When we look at a scoliosis curvature, we have to address all of its components and not just the lateral bend.

Treatments for scoliosis fail when they only try to address the A-to-P (front view) bend because it’s not addressing the three components (planes) of a scoliosis curvature.

When you look at a scoliosis curvature, you can’t only think, “I just have a 10-, 20-, or 30-degree bend.” There are other misalignments that have to be addressed; if they’re not, the treatment outcome won’t be successful.

Is Rotation and Loss of Sagittal Alignment Possible without Scoliosis? 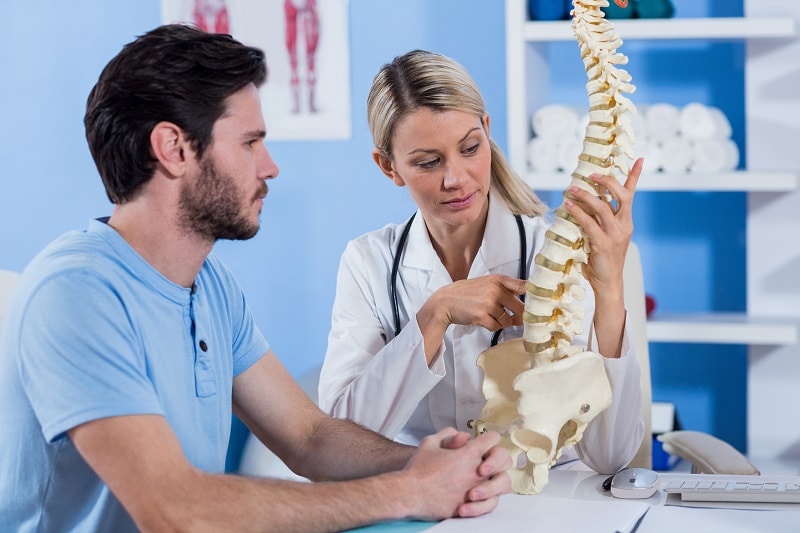 While the two can be present without scoliosis, it doesn’t happen initially. You can see someone with a loss of cervical lordosis and no scoliosis, or there can be a loss of lordosis in the lumbar spine with hardly any scoliosis; however, they still may have some asymmetry, meaning some translations, but not a true scoliosis with a bend and rotation.

Scoliosis curvatures can range from mild to severe with mild scoliosis defined as a curvature degree of 10 to 25, moderate falling into the 25-40 degree range and severe scoliosis at 45+ degrees.

Once you break 80 degrees, there is a new term: extreme scoliosis. These cases include curvatures of 80, 90, 100+ degrees, and I’ve seen them all.

If curves are left untreated, they can get quite large. The largest curvature I’ve seen was 155 degrees, and in those types of cases, the sequence of treatment has to shift.

In cases of extreme scoliosis where the curvature is over 80 degrees, the treatment approach differs due to the amount of compression on the spine. 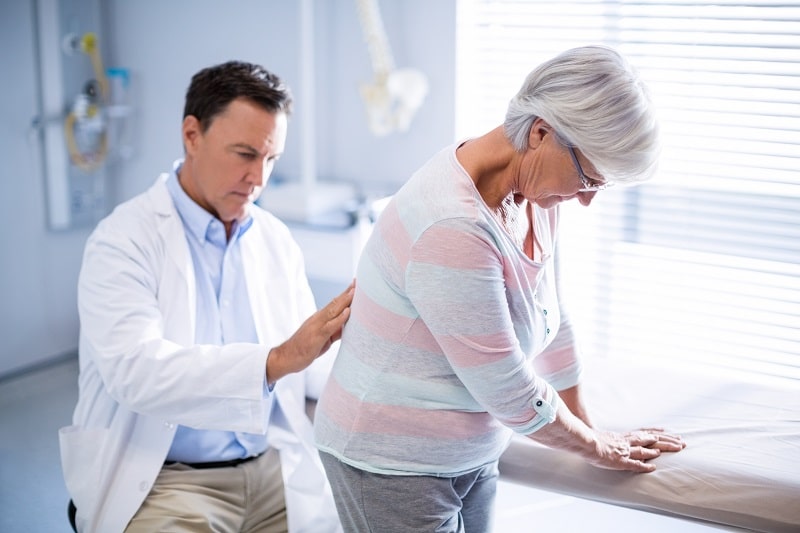 With curvatures that large, the spine is under so much compression from the top and bottom that the first goal of treatment is elongation. In other cases that are less extreme, the first focus of treatment is to deal with the side-to-side rotation component, but when a curvature is 80+ degrees, elongation has to be the priority so there’s room to reduce the curvature.

While treatment protocols remain the same for cases of extreme scoliosis, the sequence will shift from dealing with the side-to-side rotation first to dealing with elongation to create space first, and then focusing on the rotation. In cases of smaller curvatures, there isn’t much elongation that needs to happen first as everything can happen simultaneously.

According to the National Scoliosis Foundation, scoliosis is a spinal deformity that close to seven million Americans are currently living with. While you might think a scoliosis curvature is defined solely by a sideways curvature of the spine, in order to be considered a true scoliosis, it has to be accompanied by rotation.

If a curvature is accompanied by rotation and measured at 10 degrees or more, it’s considered a scoliosis curvature. Scoliosis curvatures can vary immensely from patient to patient in severity and location.

Mild scoliosis are cases where the curvature measures 10-25 degrees; moderate scoliosis from 25-40 degrees, severe scoliosis is 45+ degrees, and a new category of extreme scoliosis covers curvatures that break 80 degrees.

As scoliosis is a 3-dimensional condition that includes all three planes of the spine - frontal, sagittal and transverse - it has to be treated as such. A treatment approach that only looks at the most obvious frontal view of the curve will fail as it’s not addressing the entire condition.

Here at the CLEAR Scoliosis Institute, our doctors are certified in scoliosis-specific chiropractic treatment so every patient benefits from being treated by specialists who fully understand the condition. 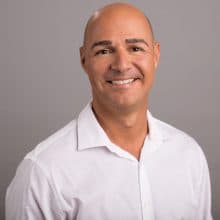 After receiving an undergraduate degree in psychology and his Doctorate of Chiropractic from Life University, Dr. Nalda settled in Celebration, Florida and proceeded to build one of Central Florida’s most successful chiropractic clinics. His experience with patients suffering from scoliosis, and the confusion and frustration they faced, led him to seek a specialty in scoliosis care. In 2006 he completed his Intensive Care Certification from CLEAR Institute, a leading scoliosis educational and certification center. A leader in chiropractic care, Dr. Nalda has led a family practice for 20 years and is an instructor for Core Chiropractic, for MaxLiving doctor support training.
Reach out to Dr. Tony Nalda