What is a TLSO Brace? 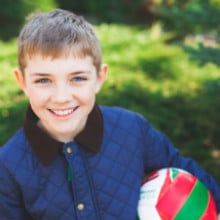 The theory behind bracing is that, in a growing spine, if more weight is pushing down on one area, then that area will grow more slowly. In a TLSO brace, strategically placed pads put pressure on the unnatural curves to slow down their growth. If the progression is slowed and the Cobb angle does not exceed the surgical level of 40 degrees, then the person wearing the brace is able to avoid spinal fusion surgery.

Bracing is generally only prescribed to children, because it’s only effective for growing spines. Teens 12 to 15 years old with Cobb angles of 20 to 40 degrees wear braces for three to five years. TLSO braces are corset style, usually pre-made out of rigid plastic in sizes small, medium, or large. The most common TLSO brace design in the U.S. is the Boston brace. To be effective, the child must wear the brace 18-23 hours a day.

It’s possible to wear a TLSO brace underneath your clothes, if they are baggy enough to accommodate it. The problem with this is that many teenagers don’t want to wear a motion-restricting brace around all day. And if it’s not worn all day, the brace’s success rate drops substantially. Often, teens arrive at school, and the brace goes straight into the locker.

Without the flexibility to bend the torso, breathing is restricted and exercise is difficult, if not impossible. You can’t dance, play sports, or move easily while wearing a brace. And this goes on for up to five years of your life. Aside from the physical discomfort, many teenagers feel that the psychological harm from teasing and stares from peers is simply not worth lowering the risk of spinal surgery.

Aggressive scoliosis can still progress to surgical levels despite wearing a brace for five years. There is a 75% chance that the brace will work well enough to prevent surgery, which sounds great at first glance. But in practice, that means for every four patients wearing a brace, one will still require surgery.

A Cobb angle of 30 degrees is often the tipping point for whether or not the scoliosis progresses to a surgical level in adulthood. There is a good chance that a 30-degree Cobb angle will increase at least 10 degrees over a period of years. And doctors begin considering surgery for patients with 40-degree Cobb angles or higher. The brace may stop surgery as a teenager, but, as that teenager gets older, time takes its toll on the spine. Surgery could still be necessary even though the brace was technically “successful” through their teenage years.

Although the traditional approach calls for observation, bracing and then surgery, these aren’t your only options. There’s still hope even if you’re not interested in spending half your teenage years in the confines of a brace. Alternative treatments, like the CLEAR approach, can use scoliosis-specific exercises, adjustments and other therapies to stabilize and actually correct the Cobb angle. No brace required.

In fact, the TLSO brace actually takes the fundamentally opposite approach that we think is beneficial for people with scoliosis. Braces restrict and weaken the spine in an effort to prevent the Cobb angle from worsening. By contrast, the CLEAR approach works to strengthen and rehabilitate it so that it can regain its natural position and function.

Braces zero in on the Cobb angle measurement to determine success or failure. However, a decreased Cobb angle doesn’t necessarily correct common ailments associated with scoliosis, such as trouble breathing, hunched appearance, and back pain. Taking a more holistic approach to scoliosis treatment can achieve these lifestyle improvements. It all comes down to what’s important to you.

Bracing isn’t for everyone. It’s important to discuss options with your doctor and ask about alternatives. Something like the CLEAR treatment may be a viable alternative to avoid spinal fusion surgery in your particular situation.

What do you think about the TLSO brace? Have you worn one? Or tried an alternative treatment that you’ve loved? We’d love to hear from you in the comments below.