What Does Scoliosis Mean?

So, what does scoliosis mean? Scoliosis refers to a curvature of the spine, generally between 10 degrees and 40+ degrees. People who suffer from scoliosis may experience pain, limited mobility, and other debilitating symptoms.

Scoliosis can lead to improper posture, hip and shoulder misalignment, and, worst of all, pain. Some people have it for unknown reasons, while others have key factors that contribute to a treatable problem.

Scoliosis is a much more complex condition than it might seem. Let's break down the specifics to gain a real understanding of this common health issue.

The Three Stages of Scoliosis

Scoliosis can be broken down into three stages. These stages include mild, moderate, and severe, all of which are determined based on the curvature severity of the spine. 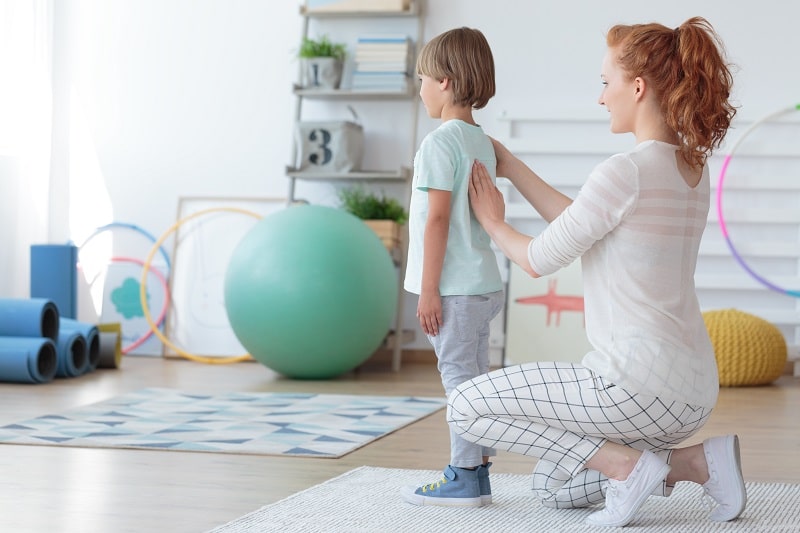 No matter which stage you are at, modern advances have made this uncomfortable problem much more livable for patients who suffer from it.

Scoliosis is a very complex condition and should not be left untreated. Regardless of which stage you're at, there's a definite need to seek help from a professional. In most cases, scoliosis increases by a degree or more per year. This progression can result in increasing discomfort, along with all sorts of other unwanted symptoms. Don't worry, though! Scoliosis is treatable at any of the three stages.

The Symptoms of Scoliosis

Scoliosis is often self-diagnosed by people who begin to notice physical symptoms. However, you can have scoliosis without even knowing it.

Several medical tests can determine whether or not these worries are true or false.

Interestingly enough, scoliosis can also cause other pain that you might not even associate with your spine.

A rib arch is a classic method of determining scoliosis in a patient, though an X-ray is often the best way to get definite results. 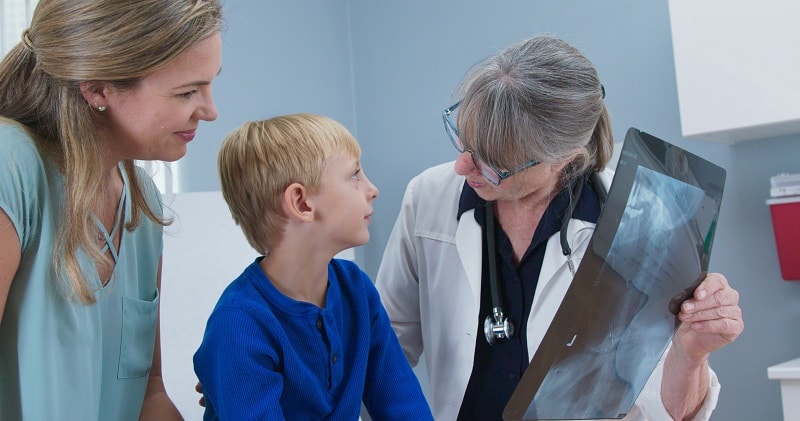 There are a number of scoliosis screenings, including...

These tests are quickly performed by medical professionals to see if an X-ray is necessary.

Adults who have scoliosis notice the changes over time, but sometimes they can happen very quickly.

Children who develop a slight curve in their spine before puberty may notice a height change, and that can also be an early indicator of scoliosis.

While a small curve can be present when a child is younger, puberty often accelerates the problem into full-blown scoliosis.

Whether it's mild, moderate, or severe varies depending on the individual. But in any scenario, the rush of hormones that cause fast growth in teenagers is often the reason that younger people develop scoliosis.

When you're growing, the spine is the primary factor in determining your height. With an ever-growing spine, small curvature problems become accentuated. The rapid increase in height during puberty makes a slight 5-degree spinal curvature turn into a 15-degree curvature very quickly. The patient might also start to develop pain during this period.

Since the disability can accelerate at a rapid pace right around 11 to 13 years old, doctors often try to treat the symptoms early on. The sooner that the patient is treated through various techniques and applications, the higher the chance they have to recover. As such, it's not uncommon to see patients as young as 6, 7, and 8 years old treated for scoliosis symptoms. 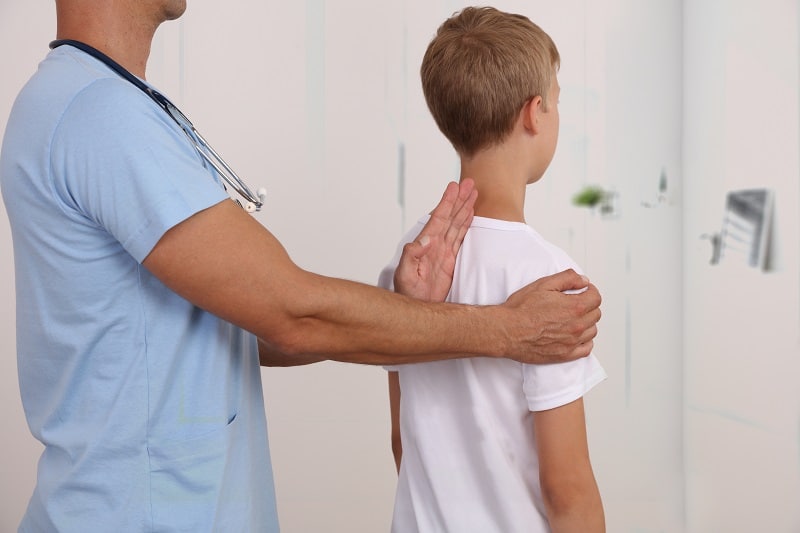 The outlook might not seem so bad if a patient only has a mild scoliosis diagnosis, but it's only an early indication of something much worse to come. It's almost impossible for scoliosis to go away on its own - almost every case requires medical intervention.

The main problem is that scoliosis compounds as the years go on.

Scoliosis is often accompanied by pain, misalignment, possible height reduction, and more. Older patients commonly complain about being a couple of inches shorter than they were in their younger years of life. 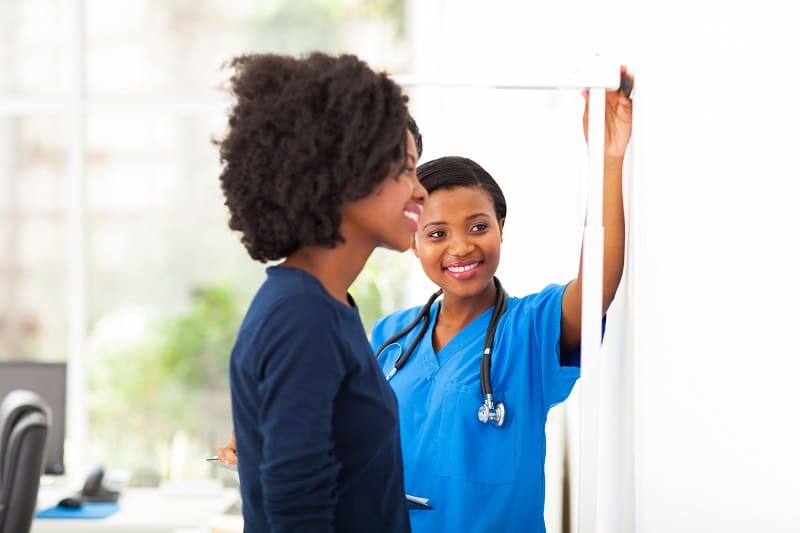 However, there are extreme cases of scoliosis with much more dramatic symptoms. Some patients, especially when they're older, might experience an imbalanced feeling. This is a sign that the upper neck has degenerative vertebral issues. These can directly impact the patient's equilibrium, much like an ear infection can.

Scoliosis is a condition that exhibits when the spine curves at a range of 10 to 40+ degrees. While scoliosis isn’t curable, it is quite manageable if the sufferer engages in curvature management strategies like scoliosis exercise programs, physical therapy, and chiropractic care.

If a child has a mild case of scoliosis, the onset of puberty can accelerate the disability rapidly. The growth spurts that are associated with puberty can worsen the scoliosis curve quite quickly, so immediate action is necessary if your pre-pubescent child is exhibiting a curve in their spine.

Extreme cases of scoliosis typically occur in older patients and can produce debilitating symptoms like a persistent feeling of imbalance, a noticeable reduction in height, and permanent mobility issues.

If you think that you or a loved one is exhibiting symptoms of scoliosis, it's better to get checked now rather than risk developing more severe symptoms later on in life.

Repairing scoliosis early on can prevent pain, difficulty walking, reduction in height, structural imbalances, and other symptoms. So don't wait - contact a chiropractor or medical doctor and get a screening as soon as possible. 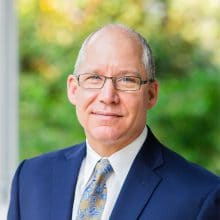 Dr. J Hartley, known as Dr. J, was diagnosed with scoliosis as a young teenager. In the 1970’s, the options given were watch and wait, or surgery. Faced with these two options, no treatment was provided. Not until his own 12-year-old was faced with progressive scoliosis did he find the CLEAR Institute. His daughter visited the CLEAR Institute in St. Cloud, MN for Intensive Care and had good results. She could return to running and soccer. Dr. J decided to return for Intensive Care for himself and the rest is history. He has now been focused on scoliosis detection, prevention, and reduction for over 6 years. Dr. J graduated from the Palmer College of Chiropractic, Davenport, Iowa in 1992. He became a Board Chiropractic Neurologist in 1995 and a Board Certified Intensive Care Scoliosis Doctor in 2015.
Reach out to Dr. J Hartley