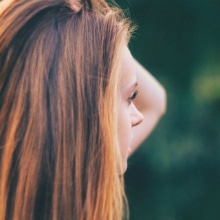 The Boston brace is a type of thoraco-lumbo-sacral-orthosis, or TLSO brace. In fact, it's the most common TLSO brace in the United States. It’s used primarily for the treatment of children, working to slow the progression of scoliosis in growing spines.

Developed in 1972 by Dr. John Hall and Mr. William Miller of The Boston Children's Hospital, the brace carries the namesake of the city in which it was pioneered. If you’re looking for a visual, it’s a plastic contraption that wraps under the arms and around the rib cage, lower back and hips.

How the Boston Brace Works

While Boston braces aren’t custom-made, certain measures are taken to ensure the brace fits well enough to be successful. There are several variations to account for scoliotic curves at different points in the spine. While wearing the brace, the Cobb angle should be 50% less than without it. Doctors take an x-ray of the patient while they’re wearing the brace and then measure the Cobb angle to ensure it fits correctly.

The Boston brace is meant to force the spine into a straighter position by compressing the irregular curves in the hopes that they grow more slowly. Strategically placed pads put pressure on the scoliotic curve. An area of relief, or a section of the brace without a pad, is opposite those sections with pads. The goal is to correct the curve by placing these areas of relief where the spinal curve would ideally be. The theory is that the spine will move away from the pressure of the pad and into the area of relief. The pads pressing on the curve of the spine are meant to be uncomfortable, so you’ll naturally to try to position your spine to avoid that pressure.

The brace fits snug to the body, so it can be worn under clothes. But those clothes should be baggier in order to accommodate the brace. Once prescribed, most people should wear the brace 18 to 23 hours per day for three to five years. It can be taken off for a few hours each day to bathe, swim, or play sports.

Disadvantages of the Boston Brace

The Boston brace is only a two-dimensional solution for a three-dimensional disease. The brace restricts and weakens the entire abdomen, making it difficult for the spinal discs to regenerate themselves. When the curve is pushed in without first being stabilized and strengthened, the brace may have the opposite effect, actually leading to an overall weakening of the spine over time. Since spinal discs need motion to regenerate, concerns have been raised that the brace may actually increase spinal rigidity.

People wearing a Boston brace often complain about general discomfort underneath the brace. These complaints include:

There can be serious side effects if the brace is too tight, most commonly an inability to breathe comfortably. Or if the brace is pressing too hard against the ribs, there is a possibility that a bowel obstruction can develop. The owner’s manual for the Boston brace warns that if you become nauseated, you should remove the brace immediately at risk of possible death, an incredibly serious (though very rare) side effect.

We’re obviously a little biased since we’ve developed an alternative treatment for scoliosis patients that don’t want to pursue bracing or surgery. But if you’d rather try a treatment that doesn’t carry the potential for such cumbersome side effects, we want you to know there are hopeful and holistic alternatives to bracing.

Strengthening and rehabilitating exercises and adjustments can work to actually correct the curve, instead of working to merely slow down the progression of scoliosis. And unlike with the Boston brace, with alternative scoliosis treatments, like the CLEAR scoliosis treatment, the only side effect is a possible muscle soreness, similar to what you’d feel after a good workout.

A personalized, scoliosis-specific routine often achieves better results than a brace. However, all exercises, adjustments, and therapies should be prescribed according to each individual patient’s unique spinal configuration. These exercises are designed to increase strength and mobility in the spine and its surrounding muscles. They improve balance, coordination and achieve a more natural position of the spine.

Knowing all of your options and being able to weigh the pros and cons is always helpful when making a crucial medical decision like this. Think about what’s most important to you, as well as all the possible ways to achieve your spinal health goals. It’s important to talk to your doctor about all of your treatment options and make the decision that’s right for you. While traditional bracing is not a part of the CLEAR protocol, the appropriate type of corrective bracing can compliment CLEAR care very well.

Are you considering the Boston brace as a treatment for scoliosis? Have you worn one in the past? We’d love for you to share your thoughts and experiences with us in the comments below.

10 comments on “Understanding the Boston Brace: Benefits and Alternatives”