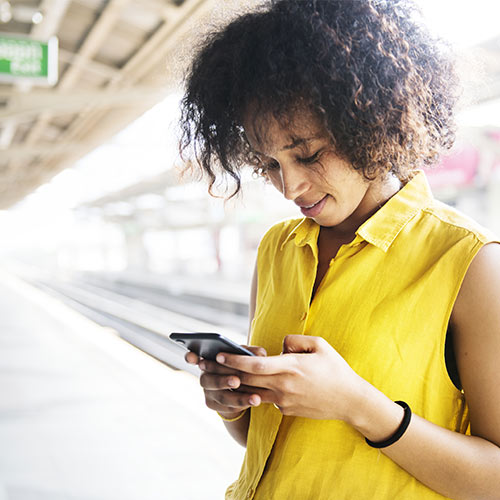 Our blog post, Understanding Your Spine: Cervical Lordosis, explains the importance of a good, healthy curve in your neck. We’ve received so many wonderful comments & questions that we decided to do a follow-up post to help you understand more about common diagnosis procedures, medical terms, and treatment options for a loss of cervical lordosis.

What Conditions Are Commonly Associated with a Loss of Cervical Lordosis?

It’s important to first note that there are many people who have lost the good curve in their neck, but aren’t currently experiencing any pain or symptoms at all. Not having a good curve in your neck isn’t guaranteed to cause neck pain; rather, it’s more accurate to say that it increases the chances that you will have neck pain in the future. People who have poor posture are more likely to have neck and low back pain, problems with their spinal discs, radicular symptoms (such as numbness and tingling down the arms and hands), and tension in the neck and shoulder muscles.

It also increases the vulnerability of the spine to injury. People without a good curve in their neck are more likely to suffer serious injury if they are in a car crash or experience a similar serious trauma, such as falling from a great height or being struck on the head by something heavy.

As the curve in the neck is lost, the pressure on the discs increases, along with the tension on the spinal cord. The muscles in the back of the neck and shoulders become stretched and tight, having to work harder to support the weight of the head. Imagine carrying a heavy bag of groceries out in front of you with your arms fully extended, rather than holding it close to your body. As the good curve in the neck is lost, the head moves forward, and it starts to feel heavier in the same way. The body can adapt and continue to function like this for a while, but the additional pressure takes its toll and causes your spinal discs wear out (degenerate) faster than usual.

As you lose the good curve in your neck, the first thing you might notice is tense and aching muscles in the neck and shoulders. A massage or hot pack might provide some temporary relief. Eventually, the aching returns, because the muscles are constantly under stress due to the changes in your posture and spinal alignment.

Problems with Ligaments and Spinal Discs

The longer you live with a straight or reversed curve in the neck, the more the ligaments and discs start to change shape. Ligaments and discs connect bone to bone. They play a role in preventing bones from moving too far apart and communicating the body’s position to the brain. Ligaments and discs have plasticity, meaning that if they are subjected to a constant load, they will start to deform and change shape. Muscles can stretch or contract and still return to their original shape without any permanent changes or damage. But as the ligaments and discs change shape, the amount of time and effort needed to restore the good curve increases. For this reason, it’s usually much easier to restore the cervical lordosis in a younger individual, who hasn’t lived with poor posture for years.

The discs in your spine rely upon motion to stay healthy. They are like little hard sponges, which push out waste products when squished and absorb water and nutrients when the pressure is removed.  When the shape of the neck changes, the way the segments move also changes.  The discs end up bearing more and more of the weight of the head. Some segments don’t move as much as they used to, while other segments end up moving too much, causing other problems. The increased weight and decreased motion accelerate degeneration of the discs. When the disc has degenerated too much, in addition to becoming more vulnerable to injury, it starts to lose height and become thinner.

I Have Neck Pain or Numbness and Tingling Down My Arms and Hands. What’s Causing This?

If the spinal disc is weakened and compressed, it can start to bulge. A protrusion into the area where the nerves exit the spinal canal can cause radicular symptoms, such as numbness, tingling or burning pain down the arms or legs.

My MRI or X-ray Says I Have a Loss of Cervical Lordosis or a Problem with My Intervertebral Discs.  What Does This Mean for Me?

It’s possible to have a bulging disc (or even a herniated disc) that doesn’t cause any pain. In this case, the protruding or herniating material has probably gone in a direction that doesn’t irritate any nerves. However, the integrity, strength, and function of the disc are still reduced. This can lead to problems with the discs above and below that area as the increased stresses start to wear them down as well. Simply put, if an MRI shows that there is an issue with one or more of your spinal discs, you shouldn’t ignore it just because it isn’t causing any pain.

What Can I Do to Prevent or Treat a Loss of Cervical Lordosis?

There are a variety of ways to prevent the loss of cervical lordosis in both children and adults.

Stop Looking Down at Screens

“Tech neck” or “text neck” is an informal term used to describe the damage that happens to your posture and spine when you spend long periods of time looking down at a computer or phone screen. When the head bends forward, it feels heavier. (In physics, this is called a moment arm.) According to research, bending the head forward by as little as 15 degrees more than doubles the apparent weight of the head, making the muscles work twice as hard. Bending the head forward 45 degrees (as most people do when they are checking their phone) increases the weight of the head by about four times as much!

The solution here is simple. Lift your phone to the level of your eyes, rather than bending your head down to look at it. When working at a computer, position the bottom of the monitor at eye level or higher. If you work on a laptop, you could invest in a wireless keyboard or connect a second computer monitor to keep yourself from looking down.  It’s also very important to take periodic breaks to stretch, get up and move around. Our spines depend upon motion to stay healthy so sitting in a bent-forward position for a long period of time can be very harmful if it is done day after day.

Several studies have documented the postural changes which occur as children grow into adults. This could be related to things like sitting in school desks for long periods of time, wearing heavy backpacks, using a smartphone, playing video games or watching TV. People with postural abnormalities are more likely to have pain, and it’s helpful to teach children about the importance of good posture early on. The longer it goes on, the harder it can be to rehabilitate and change those negative patterns.

Many medical doctors are not trained to recognize the problems that poor posture can cause, nor how to treat it (or even that it needs to be treated). For the most part, poor posture is not something that can be treated effectively by drugs. Painkillers and muscle relaxants might reduce the symptoms, but they won’t fix the cause of the pain or muscle tension. And most spine surgeries involve fusing the spine, not restoring normal motion and function. However, as researchers continue to document more and more evidence regarding the association between poor posture, pain and health-related quality of life, some surgeons are beginning to recognize the importance of the spine’s alignment when performing spinal surgeries.

The best treatment method for restoring the cervical lordosis and treating “text neck” is a corrective care chiropractic technique, such as CLEAR, CBP, or Pettibon. Chiropractors who specialize in structural corrective care take x-rays to measure the alignment of the spine and utilize specialized methods to achieve results. They’ll then follow up with additional x-rays and/or posture pictures to demonstrate that a correction was achieved. There is no substitute for results!

Do you think you may be suffering from a loss of cervical lordosis? What questions do you have for us? We’d love to hear from you in the comments.

72 comments on “Understanding Your Spine: Loss of Cervical Lordosis”