Does Scoliosis Have a Genetic Component?

While many people have the idea that scoliosis is inherited, that’s not the case. Despite the amount of research that has been done over the years in search of a genetic link to scoliosis, no clear genetic link has been found. Scoliosis can, however, be described as ‘familial’, meaning the condition can run in families.

In Search of a Genetic Link

To say a condition is genetic means there’s an increased likelihood of developing it based on an individual’s genetic makeup; these genetic variations can be passed down from one generation to the next.

Often, when I diagnose an adolescent with scoliosis, I see fear in the parent’s eyes that they passed the condition down to their child; this is not the case, as years and years of research has yet to turn up concrete results supporting the inheritability of the condition. 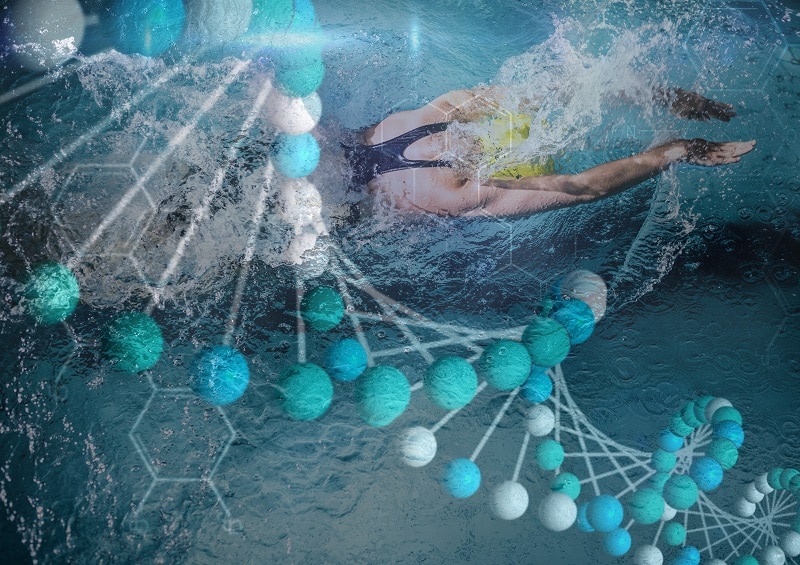 There are all kinds of genetic links for a variety of conditions and physical characteristics. Osteoarthritis and even unibrows have genetic links, but that link has yet to be found for people with scoliosis.

The closest we’ve come to finding a genetic link to scoliosis were the results of a major research study conducted by a company out of Salt Lake City: Axial Biotech Inc.

In the study conducted by Axial Biotech, scientists tested 697 caucasian children between the ages of 9 and 13. The study of adolescent idiopathic scoliosis (AIS) tested the saliva of children diagnosed with varying degrees of scoliosis.

From the saliva samples, their DNA was obtained and studied. The prognostic test used to study the DNA was called the ScoliScore.

The presence of genetic markers in the saliva samples indicated whether or not a condition would progress, and at what rate.

In 2010, the study’s results were published in the medical journal ‘Spine’. However, as people in Canada and Japan tried to duplicate the results, they couldn’t do it. The cost of the study and publishing its results were costly, and almost overnight, the company folded and disappeared.

The appeal of the results was that the ScoliScore could eliminate a lot of the need for diagnostic testing, exposure to X-ray, repeated doctor’s visits, and made predicting progression a possibility.

The ScoliScore saliva test was the closest we’ve come to finding a genetic link, but the fact that the results couldn’t be reproduced in any other country rendered it inconclusive.

The Prevalence of Scoliosis

When I consider the strong motivation to find a genetic link to scoliosis, I attribute it to how common the condition actually is; scoliosis is far more prevalent than most people are aware.

In terms of the condition’s most common form, AIS diagnosed between the ages of 10 and 18, scoliosis is present in approximately 45 percent of the population.

When you look at the general population, one out of every two people has scoliosis. By the age of 60, 70 percent of the population have scoliosis.

When looking at the general population on various retroactive MRIs and X-rays, it was found that 44 percent of the population have scoliosis. 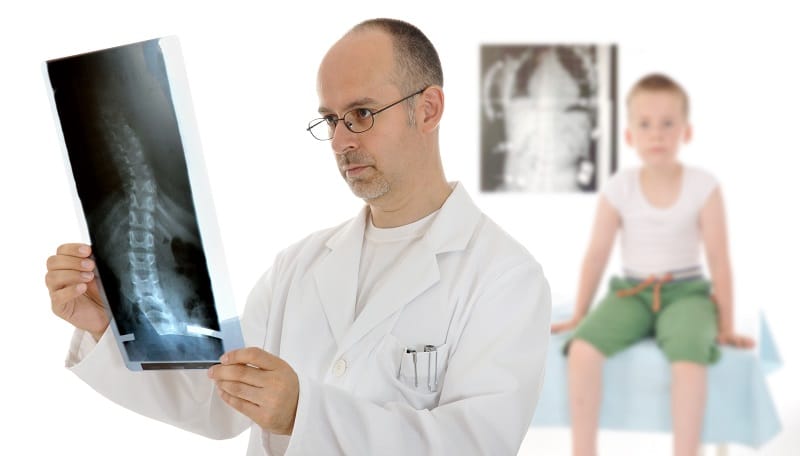 From these results, it’s safe to say that approximately one out of every two people has scoliosis.

While the big concern is when patients are young, such as juvenile or adolescent, the condition can be cumulative because of trauma or the progression that happens over time.

In these sorts of cases, the scoliosis starts small and gets significantly worse as they age.

I think the bottom line is because the condition is so common, people assume it has to be hereditary in regard to genetics, but that is simply not the case.

While there is little evidence to support that scoliosis has a genetic link, it can be described as ‘familial’, meaning it can run in families.

While the familial connection may seem to support the theory of a genetic link, what we have to remember is that families share more than just their genes. Shared factors that could be attributed to an increased development of the condition in families are socioeconomic, diet, lifestyle, and posture. 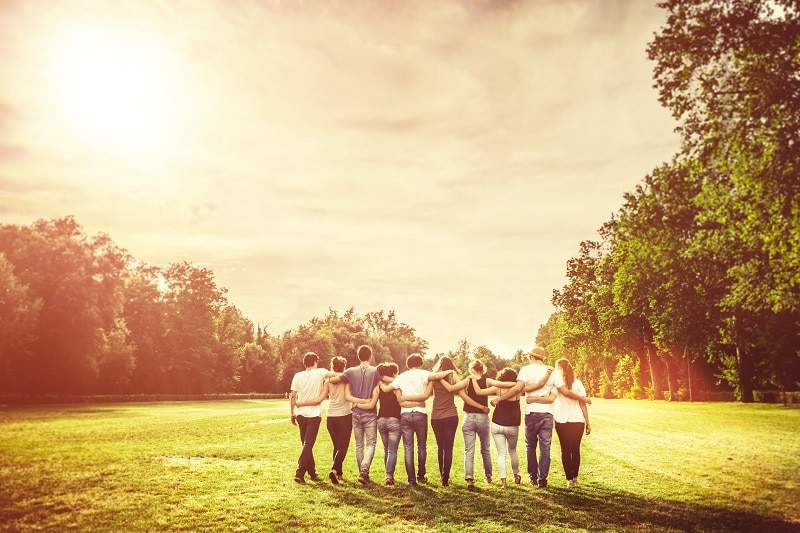 Additional Factors that Could Contribute to the Development of Idiopathic Scoliosis

As the most common form of the condition (AIS) has no known single cause, a lot of effort has been expended over the years to determine the types of factors that could contribute to the condition’s development.

There’s definitely no shortage of interesting theories regarding the condition’s causation.

From a chiropractic point of view, we do know that the neck has superior spinal nerves that go up to the cervical ganglia and continue to the pineal gland.

What happens when we start treating our young patients is they often get very tired as that pineal gland starts to balance off that melatonin level and bring it back to normal.

Gravity is an important force in scoliosis and it’s one you can’t get away from. In fact, there are only three instances in life when you’re not relating to gravity:

When kids with scoliosis lie down and have an X-ray taken, their scoliosis looks better. 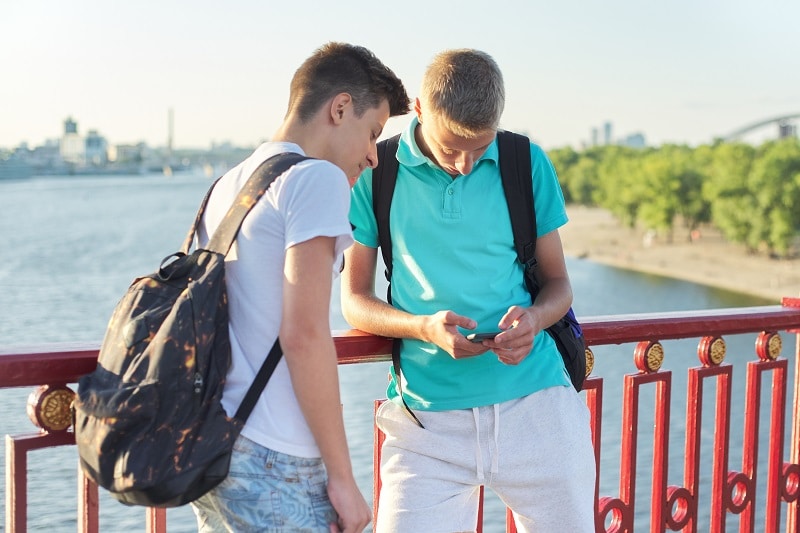 In my opinion, scoliosis starts up in the brain/head area through forward head posture and a loss of cervical curve; from there, the ramifications travel downwards as we always have to line up to the constancy of gravity.

While I understand the need for people to assign a genetic link to a condition as common as scoliosis, there is simply not enough supporting evidence. With all the research and studies that have been done over the years, if there was a strong and clear genetic link, it would have been found by now.

What’s interesting is that there does seem to be a familial link, but we also know families share a lot of common factors, other than genes, such as socioeconomic, lifestyle, diet, and even posture. For scoliosis to develop, it appears there has to be a perfect storm of variables and that perfect storm can vary widely from patient to patient.

While we have a long way to go in terms of understanding the condition’s idiopathic nature, that doesn’t mean we don’t have a clear understanding of how to treat it. Since I founded the CLEAR Scoliosis Institute in 2000, my team and I have successfully established a proactive and effective scoliosis-specific chiropractic treatment approach.

Scoliosis is truly a mystifying condition, especially for one so common; that quality inspired me to found CLEAR and spearhead new and exciting research, advancements, and treatment approaches. 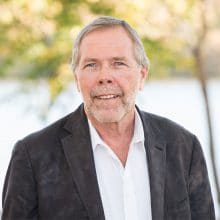